Our knowledge of physics is surprisingly incomplete. There is good understanding at a practical level (the behaviour of objects can be predicted) but there is next to no understanding of the underlying metaphysis (what it is that’s behaving that way). Physicists have relied for too long on the predictive power of maths, which at its heart is just a simple language of equivalence – this is the same as that.

This worship of maths has failed to reveal what a particle is or what a wave is, or whether things are particles or waves. It has failed to explain why the galaxies spin around one another and don't fly off into outer space. The mathematical model only works if there is 5 times more matter in the universe than there appears to be – but none of that matter has ever been detected. The maths that underpins physics has become a misused tool of prophesy based a confusion of ideas that grapple with great complexity without having mastered the basics.

That so much remains unknown can lead us to just one conclusion – maths has failed. Brilliant people have tried to make it work for a long time – and they have failed. Maybe it can’t be done. Maybe maths, the religion of a few people with very particular capabilities, should not be the only approach we use. Maybe we need a leap of imagination.

In the past, art had a close relationship with science. Michelangelo was famed as much for his scientific breakthroughs as for his artistic talent, they were not seen as separate, they developed hand-in-hand, each feeding the other. Einstein famously carried out thought experiments to develop his ideas before resorting to maths, and believed if you couldn't explain something clearly, you didn't really understand it.

My own work starts with the premise that art is a way of understanding, not just a world of imagination. I start by grouping together fundamental ideas that seem likely to be true; using word equations to quickly collect and contrast thoughts and describe their relationships, unconstrained by maths or grammar. These ideas form a kind of logic poem and have a captivating rhythm in their own right, helping focus the decision-making process for the paintings they accompany.

The paintings themselves explore how these truths might occupy quantum of space and time. They are not literal transferences of ideas; the ideas are just the starting points, the process of expression is about finding balance and creating the movement, contrast and form that gives the piece life and believability, that makes it art.

I work aggressively using brushes and bottles, nibs and plasterer’s tools, sprays and sanders, heaters and resins. I work and re-work and obliterate and re-work. I work on hard panels that can be attacked, laid flat, picked up, turned round and separated to paint from the inside out. They let me inhabit the subject, enter the surface, paint at a large scale while retaining the control of the reach of the arm. I work with multiples of a modular size - 60x60, 60x120, 120x120, 180x120 – a metaphor for the quantum theories of subatomic physics, of repeating, irreducible components.

As I learn more, the ideas piece themselves together to create complex imagery giving a sense of a hidden world, exposing elemental, eternal, deterministic processes. Events playing out in space; living diagrams revealing fragments of a greater, unexplained whole.

The paintings that emerge are as confounding as they are intriguing. They frustrate interpretation by their lack of explanation or continuity. The units are not standardised, the forms do not repeat, the compositions do not follow patterns. They are blueprints robbed of meaning by their ambiguity.

Rather than revealing the relationships between things - the ‘relativity’ - they show the opposite – the ‘independence’ of one thing from one another, from space, from time. Each part is alone; it is only the observer that pieces the parts together.

We are deceived by our surroundings to believe in interdependence. Our home is a place of rare density in a universe of very little matter. The matter we touch and enjoy is an anomaly, not the foundation – a rounding error – a scattering of solitary clouds in unending space; stationary, alone and beyond the reach of heat and light.

To me this body of work reveals a place of isolation. Not a timeless system of connected parts, but the scattered, lost remnants of an unexplained past. 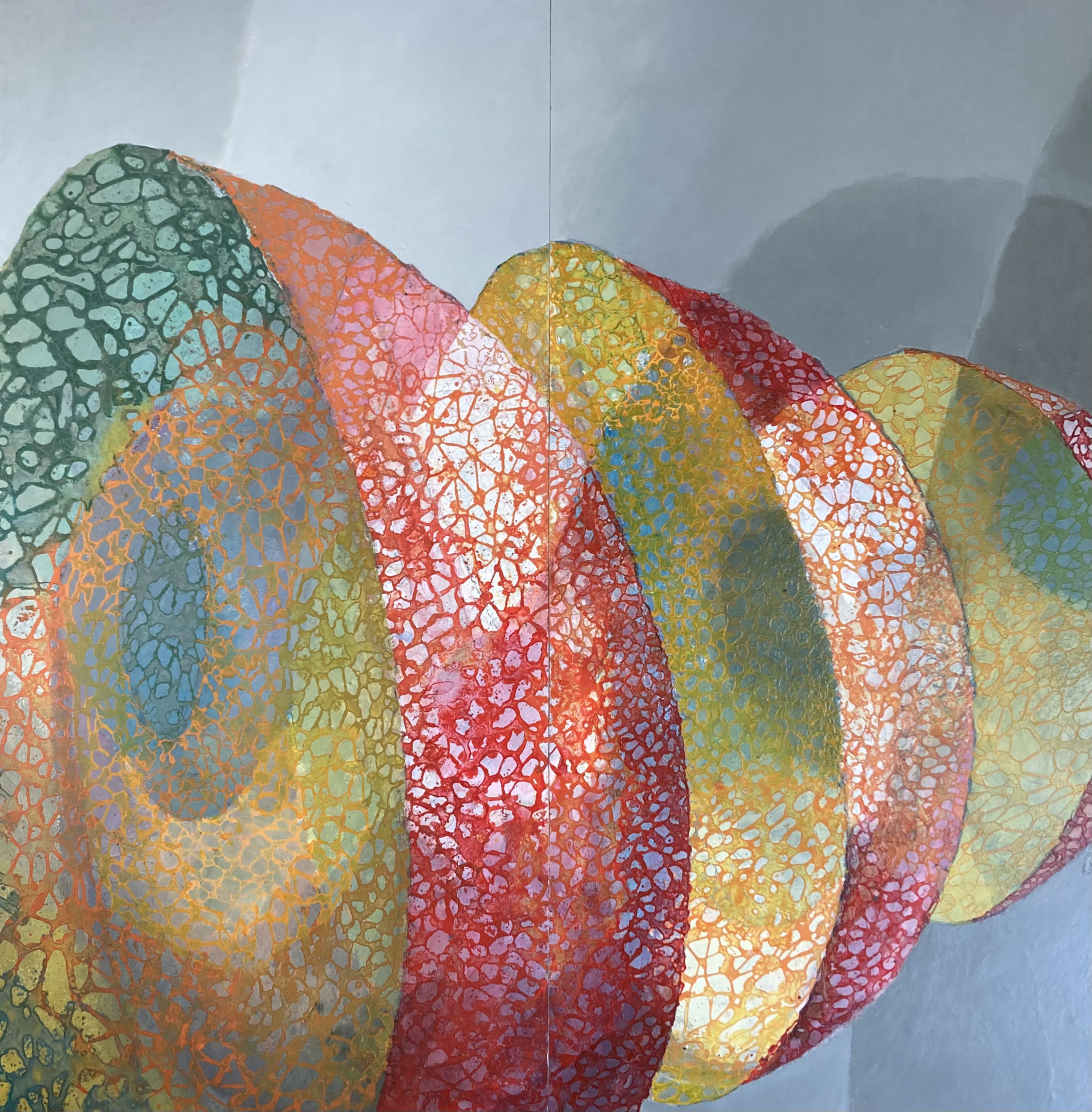